Posted at 15:04h in Artificial intelligence by Nicky Jain

Natural Language Processing leads the way in the extraction of valuable and informative text or spoken words, which a computer analyses, understands, and manipulates to provide overall information, with its associated sentiment, corroborated nuances, and automatically translates the meanings, to create a fully interactive relationship and intelligent conversations between computers and human beings. It is a branch of the machine learning field that combines artificial intelligence, computational linguistics, and computer science to extract unstructured data from document text or spoken human languages, and in turn re-structure them to effectively compare and align their characteristics with those of models in its database, in order to recognize and measure inclusive similarities, against previous and present patterns of knowledge, to generate accurate conclusions on each query, as entered by the user.

In practice, Natural Language Processing has been around and active in smart city designing, not excluding industrial applications for over four decades. Its usage covers extensive digital frameworks, through its extensively produced, consumer-friendly software, along with interactive and problem-solving mobile devices, that cater to a wide range of services, by, for instance, retrieving solutions or seeking answers from Google templates, public directories, historical facts, and sometimes classified information platforms, to bring the users closer to fast, reliable, and easily accessible real-time wealth of knowledge and innovative sophistication. 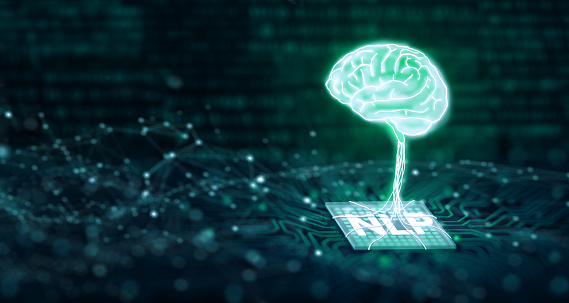 Examples of such interactively focused products and services, crossing beyond traditional boundaries while facilitating intelligent conversations and digitalized business operations, which since inception have become a highly sought technology, including but not limited to medical and civil biometric records, business and industrial automation systems, cloud computing insurance, among others, due to such exponential returns, overall consistency, and how it seamlessly impacts the way we exchange messages, to stay in touch with loves. Even as algorithms are capable of handling a large number of requests, on daily basis, for information storage, and requests, as represented by text-to-speech-apps, such as “Siri” of Apple, “Home” of Google, “Alexa” of Amazon, and heavily trafficked cloud-based software business technologies, used in extracting content found on submitted customers’ document text, are automatically fine-tuned through natural language learning algorithms, to structure, understand, compare, manipulate, process, and store such critical information, using models with specific metrics and categories, for subsequent retrieval, and applications. 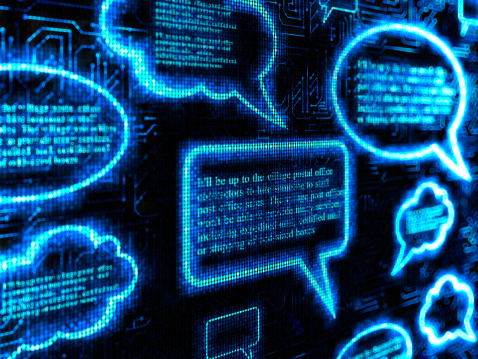 This takes place when a natural language processing algorithm computer converts recorded spoken words or natural languages to computer programming languages, by breaking down all syllables, phrases, and sentences into tiny bits and comparable units, that can be measured against those from previous occasions, in a bid to decipher and understand with high accuracy, their compartmental entities, and next, applying an in-built statistical model to complete its speech recognition process. Coupled with the consideration of all other conditions, such as nuances, ambiguity, and content tone tolerance, under standard control, the text-format output models, determine the exact information that was initially entered into the computer.

By using a set of lexicon rules, associated with the computer, this process identifies attributed grammatical elements, such as adjectives, verbs, pronouns, adverbs, conjunctions, prepositions, and so on, to uncover the true meanings of such spoken words, as entered by the operator. 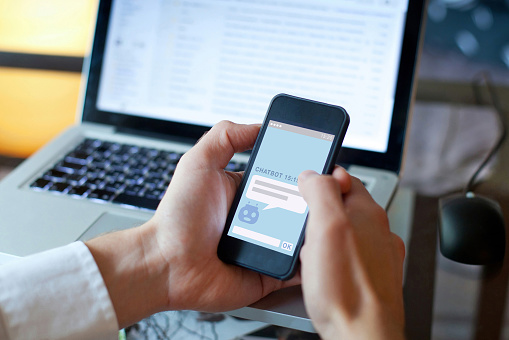 This brings us to a stage where all the processed computer programming languages are converted to a fully audible and meaningful sound or text format, for the operator. 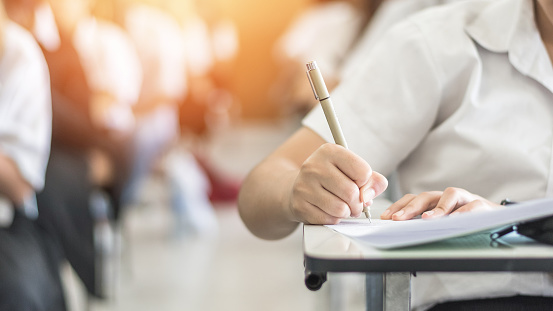 Turing Test brings to life a futuristically pursued notion, that a computer can indeed think and converse like a human being, by learning behavioral patterns, human history, diverse cultures, scientific orientations, and technological ideas, concepts, and principles, in a bid to possess outstanding intelligence about relevant subject matters. Just as humans do develop through collectively enlarged activities, and scopes, as well as association, to form both judgment and a way of life. However, this theory had been only nearly matched, corroborated, and substantiated by a Chatbot, using an IQ and persona of a young boy. In other words, Turing Test ideologies may be well and alive, with no vagueness, nor cracks in their theory, but in existence and practicality, its meaning has been overly distorted, challenged, and reduced inefficiency by the complexity of language nuances, sentiments, jargons, and slogans, which are often difficult to make sense of, or analyze by machine learning algorithms. 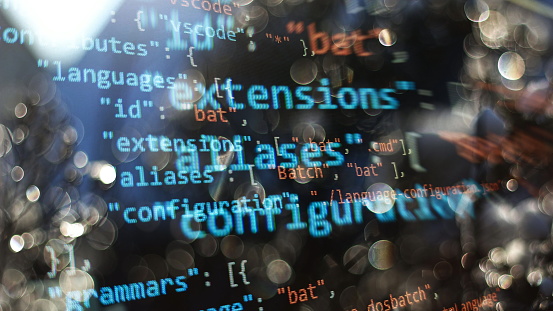 Natural Language happens to heavily depend on the syntax to define and interpret languages, based solely on grammatical rules. The syntax is the arrangement of words in a sentence, to convey a meaning or potentially an action. Syntax techniques are as follows:

Parsing is performed to grammatically analyze sentences, with a view to uncovering their conveyed meanings and attributes. Therefore, if a sentence, such as, “Having won the case, Frank was honorably escorted out of the court”, is introduced into a natural language processing algorithm computer, parsing ensures such a sentence is split into fragments of speech that facilitate thorough analysis of each word, as applied, i.e., Frank = Noun, Win = Verb, Having= Gerund Case = Noun, Was = Verb, Out= Preposition, Honorably = Adverb Escort = Verb, The = Determiner, Of = Preposition, Court = Noun. This thus makes it obviously clear, that it aids in assessing each elemental unit, used in formulating all sentences.

First, it allows the algorithm to decipher the presence of sentences, engraved within the white background of a text document, while automatically detecting all types of words, included in framing it together.

Sentence breaking encompasses the awareness of a transition between two events and its degree of duration, as described in such a sentence. For instance, “He banged his head against an opponent and was quickly rushed to a nearby hospital.” Algorithms are able to ascertain the proximity or inferred distance between the two actions.

A prominent constituent in machine translation, and speech recognition, is used in dividing words into smaller units known as morphemes. An example is “Spectacular”, which usually would be split into [[Spe[[k]tes]]ta]]cu]]lar]for the algorithm to recognize and identify with “spe’, “k”, “ta”, “cu”, “lar”, in distinguishing between all segments engraved in a particular word, as fed into a natural language processing algorithm computer. And likewise is a concept found to be profoundly useful in today’s machine language and speech recognition.

This is the ability of an algorithm to recognize a word from a sentence and assign to it, a present-tense interpretation, due to previous knowledge of its usage, and in particular, focusing on the way it fits into multiple amounts of sentences, to identify the correct spellings, according to grammatical rules and applications. For example, such an algorithm is able to recognize “Smashed”, used in a sentence, as being “smash”, by measuring it against previous applications, as stored in cloud data. It, therefore, performs such a computer operation to split words with laiden declensions to foundation forms.

It basically singles out each meaning behind words, as used in the context of such a sentence. Due to the fact that natural language processing enforces algorithms’ compliance measures, for a thorough meaning and understanding. Below are examples of semantic techniques:

Entrenched in this process is the power of algorithms to scan through a sentence with an ambiguous word, decipher its usage therein, against another, or a few more meanings, of which it may have in practice. For instance, “Her final decision is key.” In this context, the algorithm is cool-headed enough, to not confuse the word ‘Key”, as applied in the sentence, with that used in locking and unlocking a door.

Algorithms are able to scan through a particular sentence, with unwavering certainty about two or more repeated words, and would be poised to differentiate each word as having and/or representing different meanings and entities respectively, by analyzing the context, semantics, as well as grammatical laws applied. To illustrate this concept, a sentence such as, ” Sean Hunter usually buys season tickets, to watch Hunter Club games.” In this context, the algorithm usually detects the two “Hunter” words, as representing two distinct elements, with one being a surname and the other a club name.

Upon training a huge collection of well-labeled data models, which are often structured cloud-based information, initially extracted from rich document text, then it becomes engraved, to be stored, using deep learning, to measure them against new context, in complex computational processing, to achieve an up-to-date big data-status, in such a database, while keeping to semantics attributes of inclusive words, to generate a new set of text. Thus, NL generation enables algorithms to come up with or generate fresh articles, e-commerce advertisements, news, and so on, by making use of appropriate keywords or query information, as entered into the computer.

A sentiment analysis supports the concept, that natural language algorithms apply to detect a wide range of repetitive and extreme emotions in words, mentioned in a sentence, thereby recognizing and identifying their negative and positive prospects. Additionally, text classification offers intent detection capabilities, by scanning original text materials, to completely uncover intent, through the selection and implementation of such consequently highlighted behavioral models, to accurately predict a set of decisions, such an individual may take.

A widely used concept in search engine optimization is its ability to summarise sentences, identify their theme or key points of interest, and generate keywords, through natural language algorithms. This is the same process used in email extractors, which are able to recognize and extract only emails, from pasted text, entered into provided boxes, found within the user interphase. 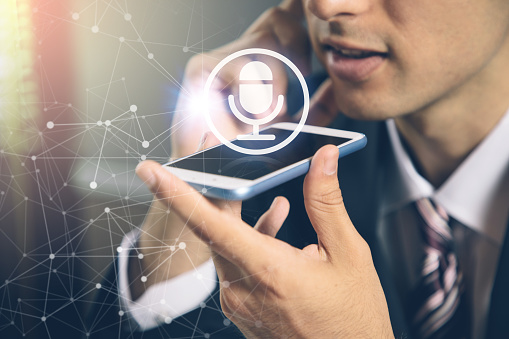 An end-to-end operation is used in converting entered text, from one natural language to another. Say for instance, from the English language to Hindi.

It is known to extract, analyze and generate fresh content, for news, articles, webpages, etceteras, from only unstructured document text. In other words, it does not require structuring and modeling of such initially collated data.

And the already discussed natural language and processing applications, are widely used in a number of operations as outlined below: 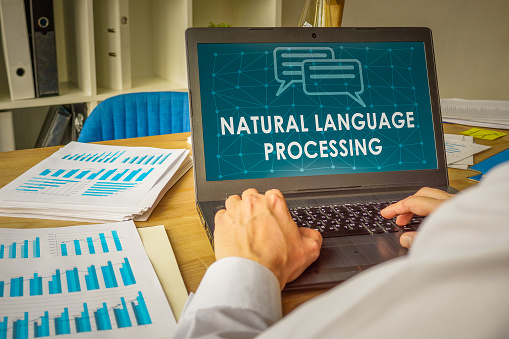 Knowing that your spoken words and text document can be harnessed, harmonized, and compared with a wide range of algorithmic models, to help a computer grasp your tone, emotions, alongside underlining messages, which all go a long way in improving mutual understanding, facilitating a fully conveyed interaction, and accurately forecasting most likely investment opportunities, with the main objective of boosting sales, updating algorithms, fast-tracking processes, and increasing service delivery.

Also, below are additional benefits of NL Processing:

Conversely, even as NL Processing comes with many of its critically acclaimed applications, as used in today’s industrial, commercial and smart city advancement, including revolutions, it is not without inherent constraints, limitations, and challenges, which have been outlined below:

Precision through the quality of generated text may be hard to accomplish, as a result of inhibiting factors, such as usage of slang, ambiguities, distorted spoken commands, regional pronunciations, as well as a few other adopted social standards.

Inflection and Tone of Voice

Tone and inflection of speech vary widely across languages and may result in ambiguities, not excluding when a sentence has just changed in meaning, due to the specific word, the talker has placed emphasis on. Besides, algorithm models are yet to fully grasp the abstract usage of languages and semantic analysis. As algorithm models work, based on the meanings of words and phrases, as used in a particular sentence.

Languages are constantly being exposed to newly added frameworks, from social, political, and economical transformations, which will ultimately change, add or influence how some words are to be applied, in the future, leaving engineers to find new ways of updating computer algorithms, and subsequently meeting up with these requirements.